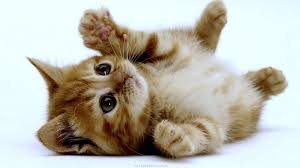 (Vaccine Guidelines 2013 AAFP).
​
Feline Distemper (FVRCP)
The FVRCP vaccination protects your cat against three contagious diseases. Kittens receive four FVRCP injections, starting at the age of six to eight weeks. A booster shot is typically given annually, or every three years depending on the cat’s age.The FVRCP vaccine is very effective in preventing Rhinotracheitis, Calcivirus, and Panleukopenia.

Feline Leukemia
Contrary to what its name implies, Feline Leukemia (abbreviated FeLV or sometimes referred to as “feleuk”) is not a blood cancer – although it can cause cancer affecting the blood. Instead, it is a viral infection that can set up shop anywhere in a cat’s body. Once a cat contracts the virus, it cannot be cured, but keeping a cat current on his vaccinations will prevent disease associated with FeLV. Though it is not a core vaccine, it is recommended for cats at risk for exposure to this disease, such as cats that are allowed outdoors or cats that occasionally escape from indoors.

Feline Leukemia Virus is moderately contagious, generally transmitted when a cat comes into contact with saliva from an infected cat (via social behaviors, such as mutual grooming and sharing food and water bowls). Mother-to-kitten transmission can occur in-utero as well.

Since FeLV can affect almost any organ system in the body, clinical signs can vary significantly. In fact, some cats seem perfectly healthy, but retain the ability to transmit the disease to others; this cat would be considered a carrier and a potential risk for other FeLV-cats.

Though it’s considered a non-core vaccine, this vaccine is highly recommended by the Association of Feline Practitioners for all cats up to 2 years of age. Ideally, cats should be tested for FeLV infection before their initial vaccination and when there is a possibility that they have been exposed to FeLV since they were last vaccinated. Only FeLV negative cats should be vaccinated for FeLV.